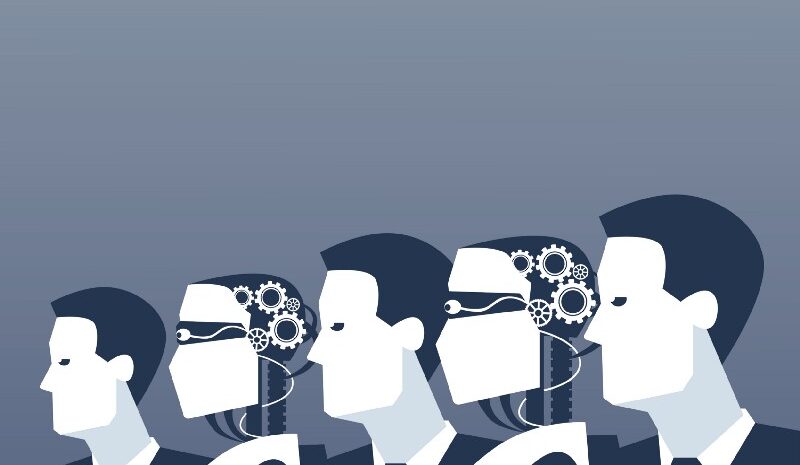 Veja: “In the last few decades research in areas such as neuroscience and behavioral economics allowed scientists to hack humans, and in particular to gain a much better understanding of how humans make decisions. It turns out that our choices of everything from food to mates result not from some mysterious free will but rather from billions of neurons calculating probabilities within a split second. Vaunted âhuman intuitionâ is in reality âpattern recognition.â

Ele vai mais adiante e comenta: “In particular, AI can be better at jobs that demand intuitions about other people. Many lines of workâsuch as driving a vehicle in a street full of pedestrians, lending money to strangers, and negotiating a business dealârequire the ability to correctly assess the emotions and desires of others. Is that kid about to run into the road? Does the man in the suit intend to take my money and disappear? Will that lawyer act upon his threats or is he just bluffing? As long as it was thought that such emotions and desires were generated by an immaterial spirit, it seemed obvious that computers would never be able to replace human drivers, bankers, and lawyers. For how could a computer understand the divinely created human spirit? Yet if these emotions and desires are in fact no more than biochemical algorithms, there is no reason computers cannot decipher these algorithmsâand do so far better than any Homo Sapiens.”

Work in the Age of Intelligent Machines
How do you organise a society in which few people do anything economically productive? 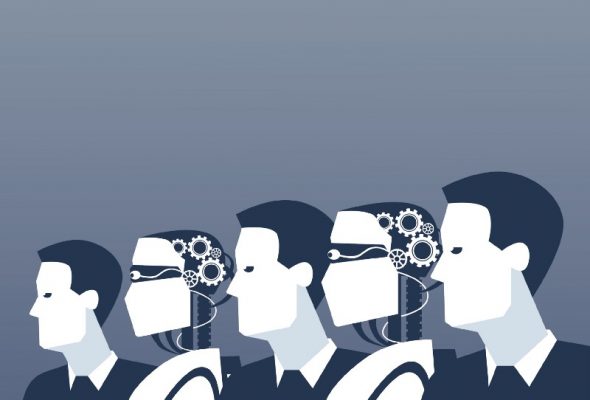 As long ago as 1984, in hisÂ Paths to Paradise, AndrÃ© Gorz, a self-proclaimed ârevolutionary-reformistâ stated, baldly, that the âmicro-economic revolution heralds the abolition of workâ. He even argued that âwaged workÂ .Â .Â . may cease to be a central preoccupation by the end of the centuryâ. His timing was wrong. But serious analysts think he was directionally right. So what might a world of intelligent machines mean for humanity? Will human beings become as economically irrelevant as horses? If so, what will happen to our individual self-worth and the organisation of our societies?

In a remarkable recent lecture, Adair Turner, former chairman of the UKâs financial regulator and chairman of the Institute for New Economic Thinking, addresses just these questions. He started from the assumption that intelligent machines will ultimately be able to perform most forms of current work better than people and at lower cost. This, he argues, is a question of when, not if. It will happen because of the progressive advance of processing power, the costless replicability of software and the rise of machine learning. Robot gods will make us all redundant. Drawing onÂ A Future that Works, a report published by the McKinsey Global Institute last year, Lord Turner adds that this future will not come evenly: some will be more affected far sooner than others. Moreover, even if intelligent machines cannot do every aspect of any given job, they can displace a great many workers.

With current technology, predictable physical tasks and collecting and processing of data will be especially vulnerable. By sector, âaccommodation and food servicesâ, manufacturing and transportation will be particularly vulnerable. According to a paper by Jason Furman, former chairman of the US Council of Economic Advisers, and Robert Seamans of the Stern School of Business, those who earn less and those with less education are more vulnerable. That is not all. Lord Turner also suggests other reasons for rising inequality and low average productivity growth. The first is the growth of âzero (or near zero)-sumâ activities, some of which are not measured in economic output and few of which contribute to social wellbeing: think lobbyists, flash-traders or tax lawyers. Even education has a strongly zero-sum character: it is a positional good. Moreover, such zero-sum activities are well paid and so extract a great deal of rent. Successful creators of digital near monopolies also enjoy a great deal of rent. So, not least, do owners of property in prosperous conurbations.Â The new economy then is the rentierâs paradise.

The second is the under-recording of the value of free services. This is possible. But free servicesâââsocial media, for exampleâââmay, he notes, contribute little to welfare. Right now, the contributions may be much personal misery and the destruction of our democracies. This then is the picture for the medium-term future: sluggish overall productivity growth and worsening inequality. This is inconsistent with stable democracy. More likely is an aggravation of todayâs politics of greed and grievance. The outcome could be plutocracy, populist autocracy, or a blend. If automation ultimately rendered humanity economically irrelevant, the challenges would be even more radical.

In the medium term, so long as there is a reasonable prospect of jobs for people who want to work, the crucial policy will be subsidising jobs. It is also vital to fund high-quality public services for all, notably, health, education and transportation. Moreover, as Dean Baker argues, the concentration of incomes from scarcity rents cries out for higher taxation of wealth and top incomes, notably including land and intellectual property. Indeed, intellectual property is almost certainly too highly protected now. There is a case for some protection, but not too much of it. I believe Adam Smith would agree. In the longer term, our descendants may face even more existential decisions (provided the machines allow them to make them). How might they organise society in a world in which few people can do anything that is obviously economically productive? The world might become techno-feudal, with an owning elite hiring great numbers of cheap human servants not for their value, but for the pleasure of domination. People might instead share the abundance more equally, with all enjoying the civilised leisure that was once the province of the very few. Ours is the first civilisation to view work as the highest calling. Maybe that strange prejudice will need to be discarded. That is for the distant future, however, though one we must think about now. But the trends under way demand action. If the natural tendency of our economies is towards ever-rising rent extraction and inequality, with all its dire social and political results, we need to respond in a thoughtful and determined way. That is the great challenge.