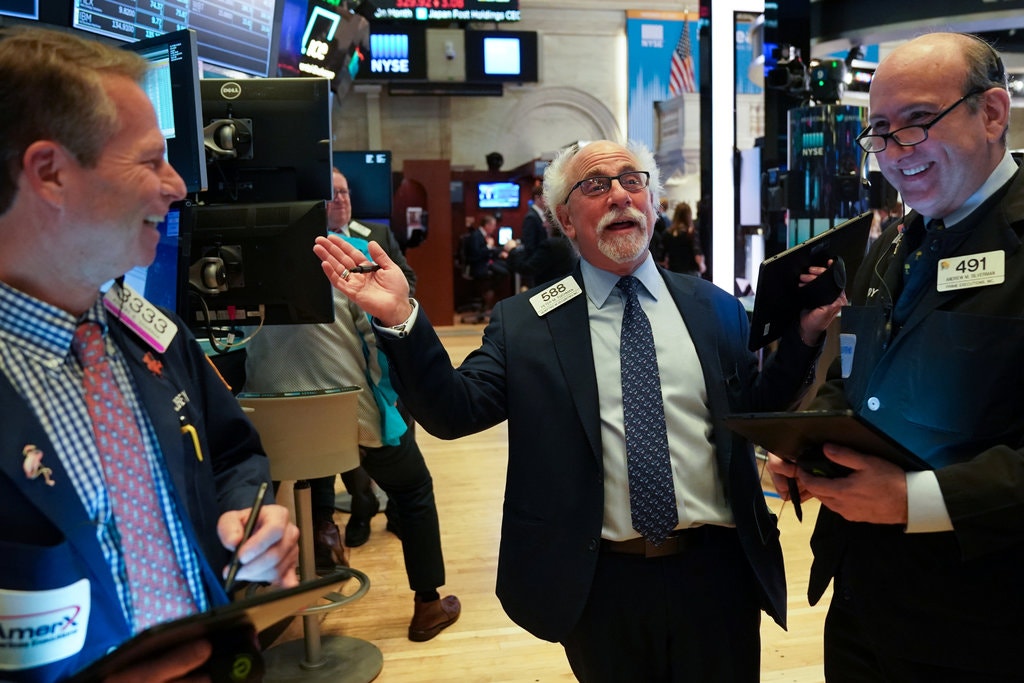 Stocks Are on the Verge of the Best Year Since 1997

Three Federal Reserve rate cuts and a rally in huge tech stocks like Apple have helped lift the S&P 500 by 29 percent so far in 2019.

But this year investors said: So what?

The stock market is closing in on its best year in two decades. With only two days of trading to go, the S&P 500 could fare better than it has since 1997. Stock prices have been buoyed by a mere whiff of optimism that the economy â despite occasional hiccups and dire prognostications by so-called experts â will keep chugging along.

And the Federal Reserve deserves credit, too, for cutting interest rates despite scowls from a White House that wanted more.

So far this year, the S&P is up 29 percent. But the market crept up gradually as investors felt their way through the turbulent year, interrupted only by a handful of short-lived retreats. Since mid-October, stocks havenât had a single daily gain of more than 1 percent. Even on Friday, the increase was tiny, but it left the index at a record and capped a fifth consecutive week of gains.

Much will depend on what happens with technology stocks. Because of their sheer size, companies such asÂ Apple, Microsoft and Amazon have the biggest impact on Wall Street indexes like the S&P 500. In 2019 they became the stocks to own as investors sought a safe place to wait out the trade war and potential economic slowdown.

Apple is up about 84 percent this year, its best performance in a decade and a gain that has left it valued at $1.3 trillion. Amazon shares have risen 24 percent and Microsoft 57 percent.